So first thing I like to do on any big project is start a spotify playlist. This, along with a palette, some random art twitter posts, and a walk around helps me feel out what the atmosphere of the game is. From there, once I get that, it bleeds into everything else: is the game more 'grey' and melancholic, or is it like a golden orange and hopeful? Then other stuff happens, 40 hours later a game suddenly appears on a new itch.io page.

It's something I think about when starting a game - if I can't think of the palette or setting, then the rest is harder to make. Fonts too are extremely important to me - without the right font, you may as well not even bother with a game, it won't have the a e s t h e t i c. 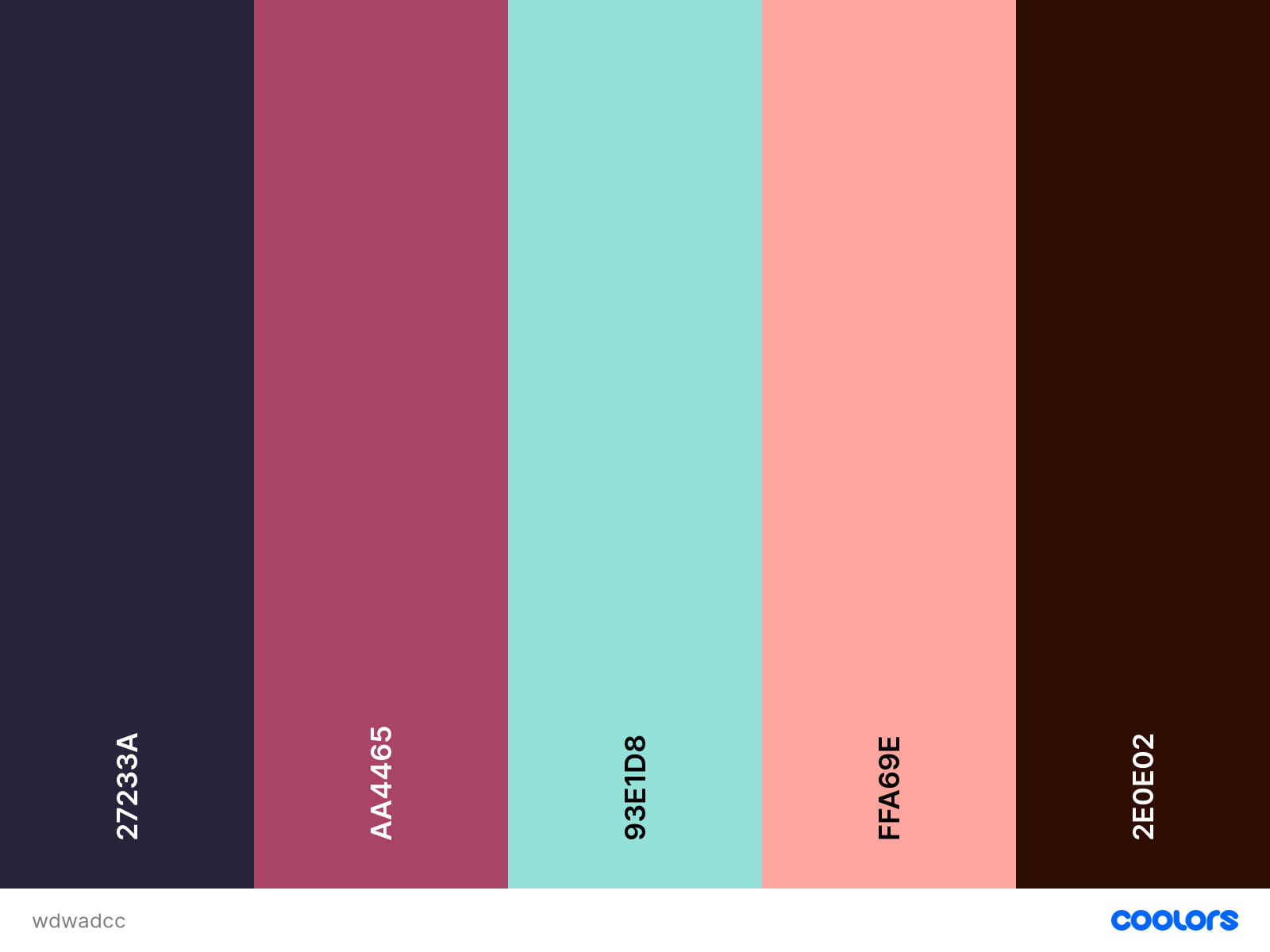 The palette generated for the jam version, with pretty much every game, I try to avoid the common (and for good reason) blue/orange, red/green, etc.

But alas, this is a process, over the next week I'll be figuring the visuals out bit-by-bit. Hopefully if I'm not too rusty, I'll be able to share some of my concepts.

More importantly, the codebase is already going along at a good pace! I'm refactoring and laying the foundations to make the next few weeks a lot easier - easier to add levels, easier to add chatter at the start of a level, support loadsa levels. All the good stuff. 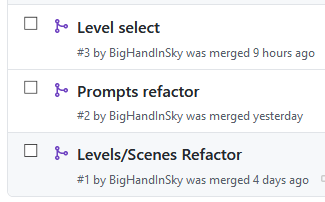 I don't need to do PRs and tags, but 3 months from now, if I need to find the first version of these changes, I will be thankful

Maybe I'll talk about this in a future post, but I've wanted to try a 2-part gamejam - a lot of jam repos just sit stagnant after having been worked on; I find there's a certain energy, jankiness & kind of ductape that jam code gets, because you're solving all these problems at a breakneck speed, but you also have the freedom to push that jank as you literally have 8 hours to to - GET IT DONE.

Having this chance to take that code, revise it with the time I can give it is a great feeling (and also a fun way to see just how off-the-mark some of the code can be too)