Something buildy this way comes 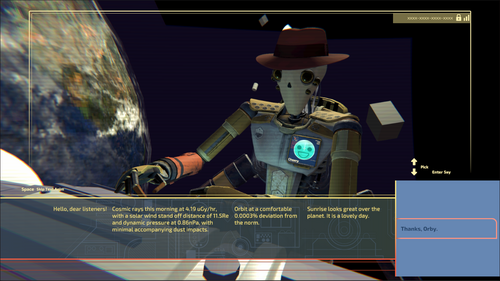 Well, it's been 8 months since 7DFPS finished, the first build out, and I'm now almost at a position where I can release an almost-full fleshed out version of the game.

In the next couple of weeks (pending some testing from friends), I'll be putting out a demo version of the game! This'll feature the first act of the game, filled with all of Freya and Elliot's writing, Rowan and James' music, and Mia's finished model for Orby. Fingers crossed there won't be too many bugs (although I kind of am hoping for 'em, to help prepare the actual game).

In terms of a release date: that's still TBD. I like to be very very sure of my builds before a full release, and there's still plenty to do in the rest of the game. But for now, it's still vaguely 2021? Who knows.