So coming out of v009, I'm taking on the task of making a new, bigger, better laid out map, which means planning it out and drawing the roads/terrain heights and how each area is connected, here's my current draft: 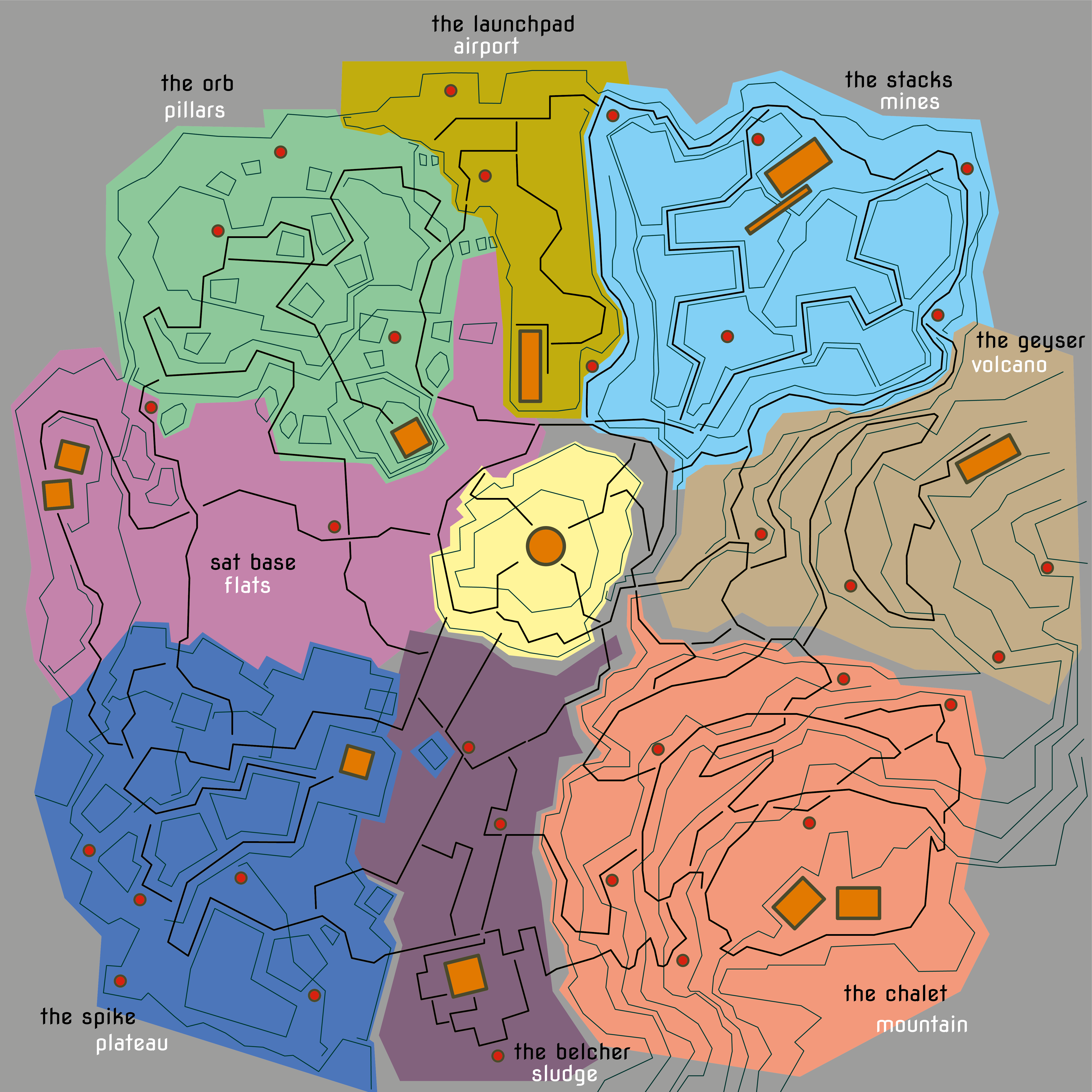 To give an idea of scale, my thinking is the current map will be the size of the blue area, so a lot more ground to make! The consequence is a lot of asset work to do, but likewise I spent an hour looking at the current world, versus the different maps of Burnout Paradise, Mad Max, Just Cause and Fuel.

The current conclusion I've come to is that a larger scale is what's needed to attain the goals I've set out for myself with this game: which is to get a sense of speed, map knowledge, learning and playing around with routes and the puzzles along each one; maintaining a distinct feel for each area.

Now the new areas themselves I'll come to in detail once I've really settled on a map, for now here's a quick rundown, going clockwise:

And that's where I'm at! Easy peasy, this will be done in no time.