So this week went by in a flash, and now with the weekend rolled past what did I get up to with a new world map?

Well I decided that the main hub the player can go to for special race types should be an Aircraft Carrier. So now the map needs to change, but this time for the better in many different respects:

For now the main lesson I learnt from my Map-making the past few months is now to just try out some stuff first and get an idea of scales/size intuition, and a basic mockup which I drive around before doubling down on (basic stuff but hey, you miss stuff when you get excited about something); so because of that I've already put together a mockup of the carrier, and so far it's already looking like a solid idea: 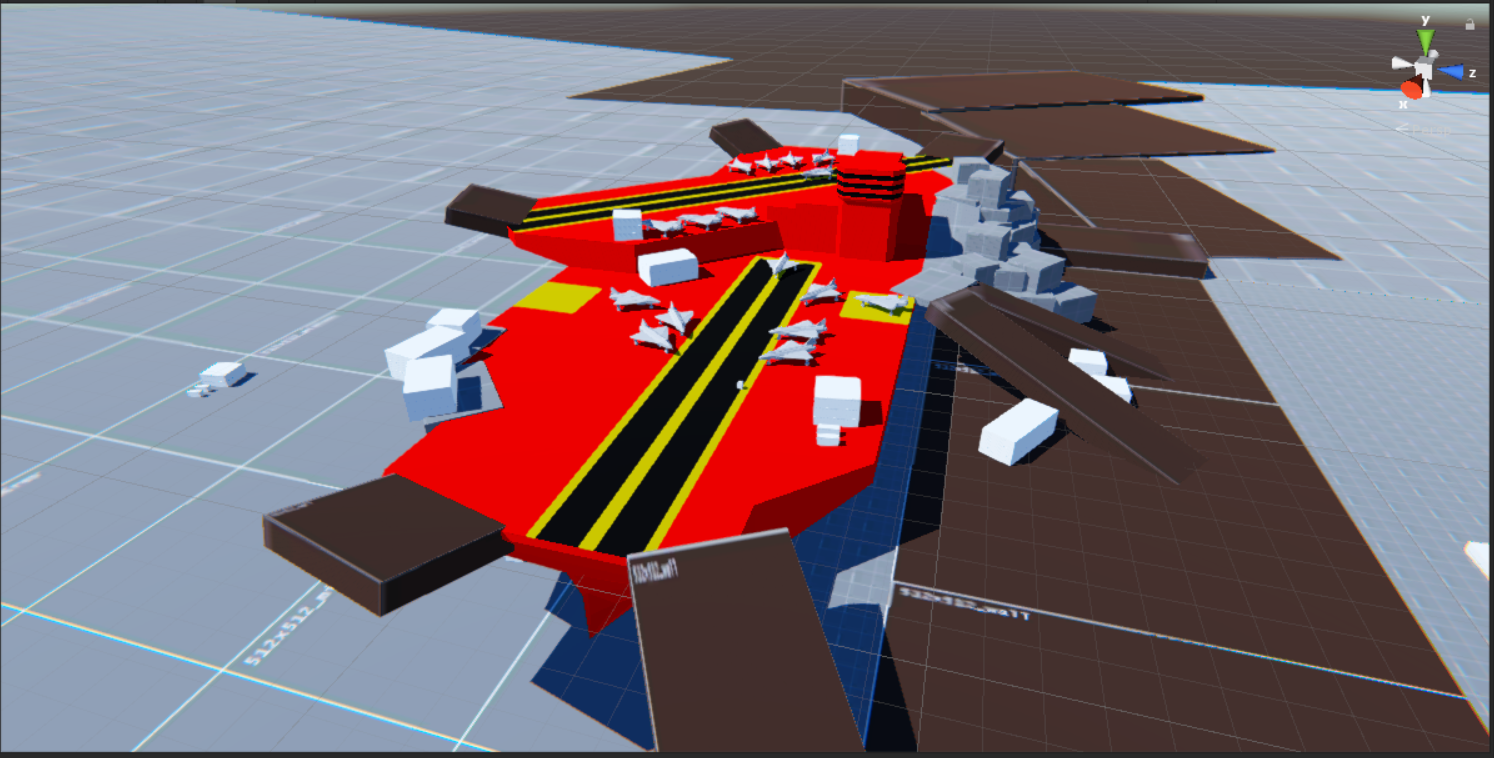 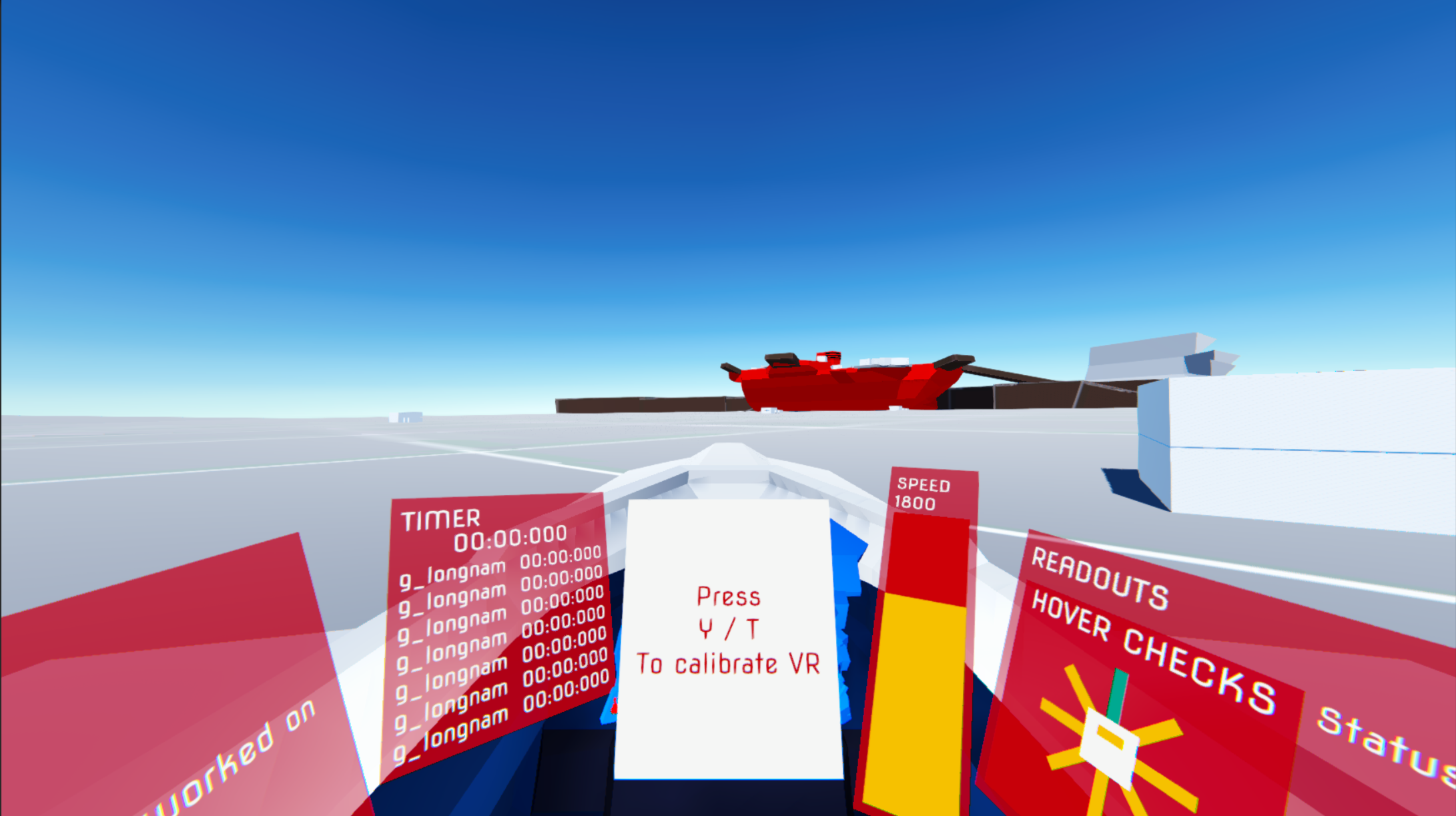 And whilst the cost of this is re-making sections of the map, this is before I've done those changes anyway (which I'm more than likely never going to stop working on the map until the very last moment).

Aside from that this weekend has seen the first redesign of the player craft to be a variation on the Eurofighter Typhoon jet fighter, following the carrier change; so far, using cubes as representations of the hover 'bricks', this new craft feels a bit better and handles just as smoothly, we'll see after some more detailed testing, but for a first try I think this new geometry (and the convex collider around it) is more balanced and smoother to fly around in. 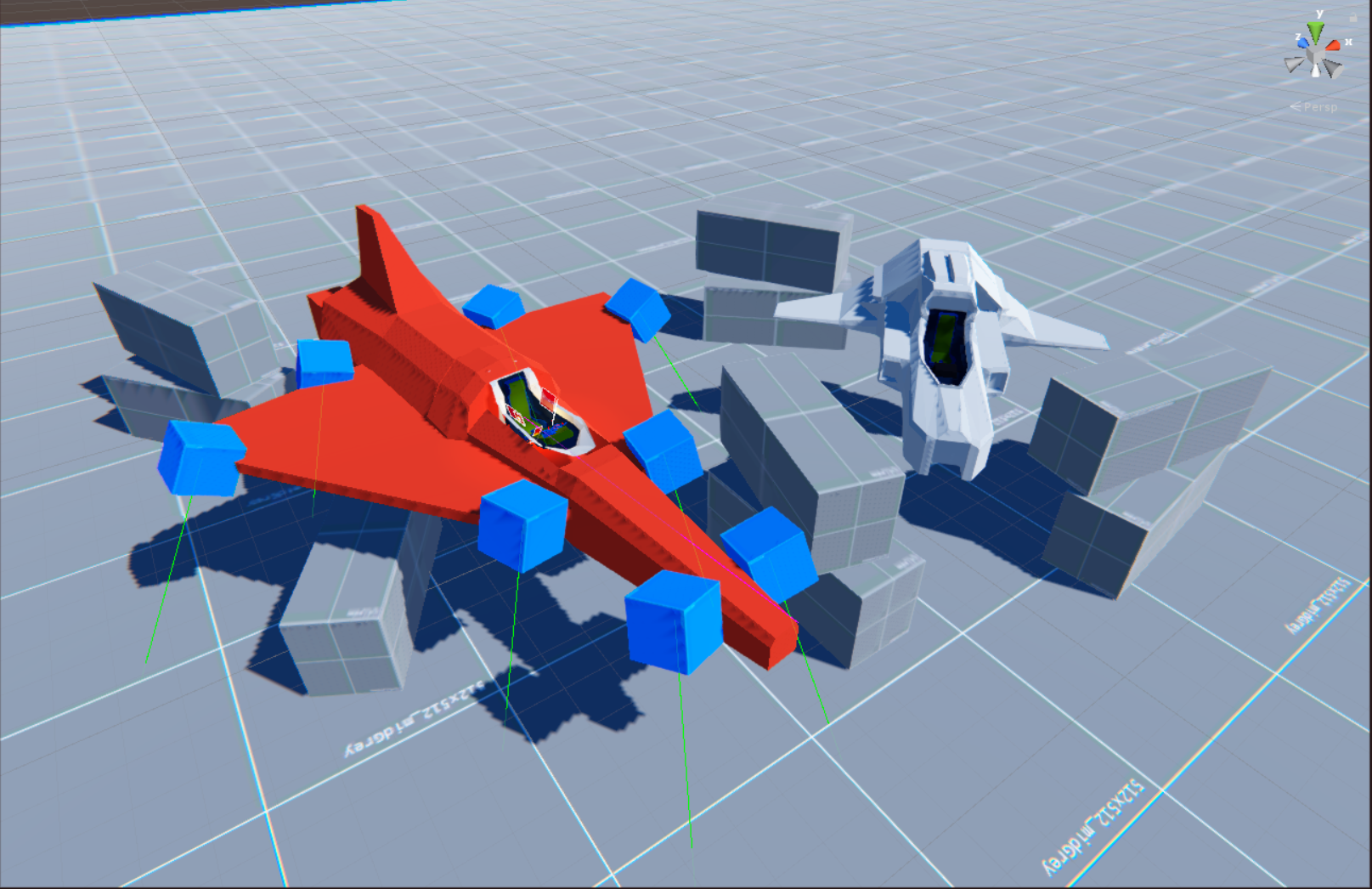 And now, I can get started proper on the new physics and code with world tweaks, so we'll see where I end up next weekend, but the plan is to try and get a good physics feel, a code refactor of the craft to make it easier to test with, and a quick 'n dirty change of the world map with the new hub change.