It's done! The first draft of the big map is finished, and ready for testing and tweaking!

Not going to lie this was somewhat of an ordeal at times to push through, but it's there, the major work is done and I've got an idea of how each area kind of works and connects to the other sections.

One major change halfway through was enlargening the middle section a little, this came from a realisation that even though the map is a lot bigger than it was previously, it still felt small and enclosed, like it was being artificially squashed in, as painful as it was to make more work for myself, pushing out the mountains immediately resulted in one of those "oh yeah, this feels so much better", hard to put into words but the look and distance you expect from a mountain entails that it needs to be far aware to get that awe. Likewise pushing it out I came to a realisation that the Beacons (Orange blocks) should be somewhat on the same Y position regarding the horizon, that way you can immediately look around a bit, and see where they are.

Trying it out in unity it's looking half decent regarding the view: 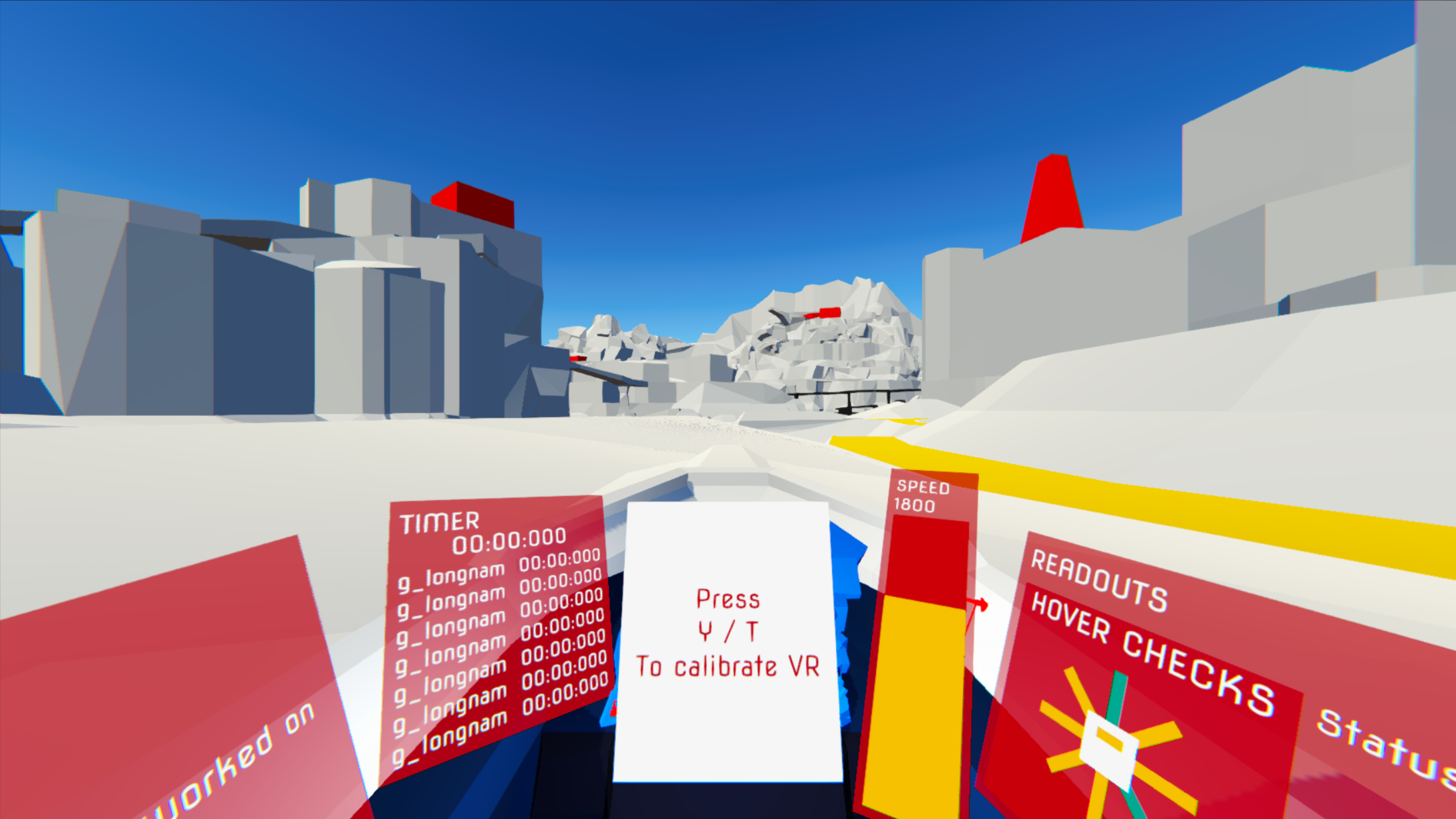 But I've immediately run into a few beginner mistakes already - I didn't make this with a standard measurement for road widths, lengths, and a mental measurement of the craft speed/handling, so this yellow-pathed dunes area, which should be long and slalom-y, is instead more of a tight maze instead. So first thing when I get the energy to come back, is to englargen and space out some sections, get a bit more ground to cover.

Additionally, the hub is a little too close to the sections, so I think I'll look into an additional space around the hub just for some white-space as it were, to give the player a small period of time to then tackle each section, and also to provide a less intense path across the world if you need to cut or want to avoid the complex shortcuts.

But main thing is it's getting there! Now that the paths and geometry is there, a few areas are already coming out a lot cooler than before, as you can get to them in a few different ways now, all that's left is the next 99% of the game :D