A small update with the progress to the new map: 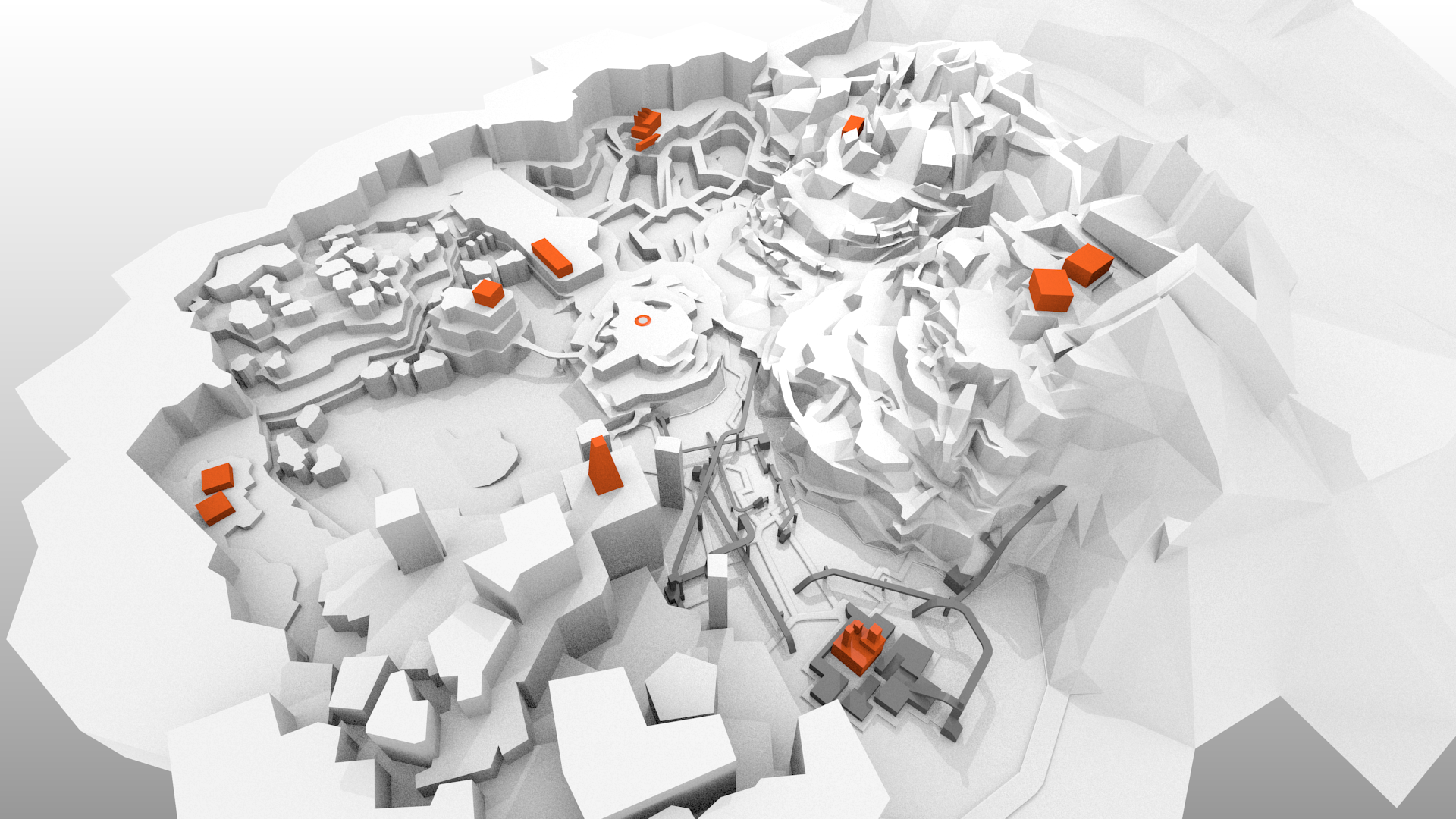 So far the Hub, Airport, Mines, Volcano, Mountain & Refinery have had an initial pass on the terrain, base routes, and some shortcuts in the form of terrain 'holes' and guided areas where if you can worm you way around, you can cut across.

I post this now as the Refinery is the first where it needs a more obvious implementation of the shortcuts, in this case in the form of oil tracks, in this case I'm going to try following Paradise's wisdom of having some obvious tracks, and some which take work getting too.

In the case of this game, being able to clamber up walls in your hover craft introduces a few interesting bits, in that an additional shortcut route is providing a way to clamber up the side of an earlier block, to then jump onto a track that would normally take a scenic route to get to.

One thing that's going to be a right pain to figure out, is lighting the world once it gets into Unity, as currently the shadows aren't rendered correctly at large distances by default, and with just upping the shadow distance, it still fails a little (not to mention once props appear, having an extremely high shadow distance is asking for trouble) 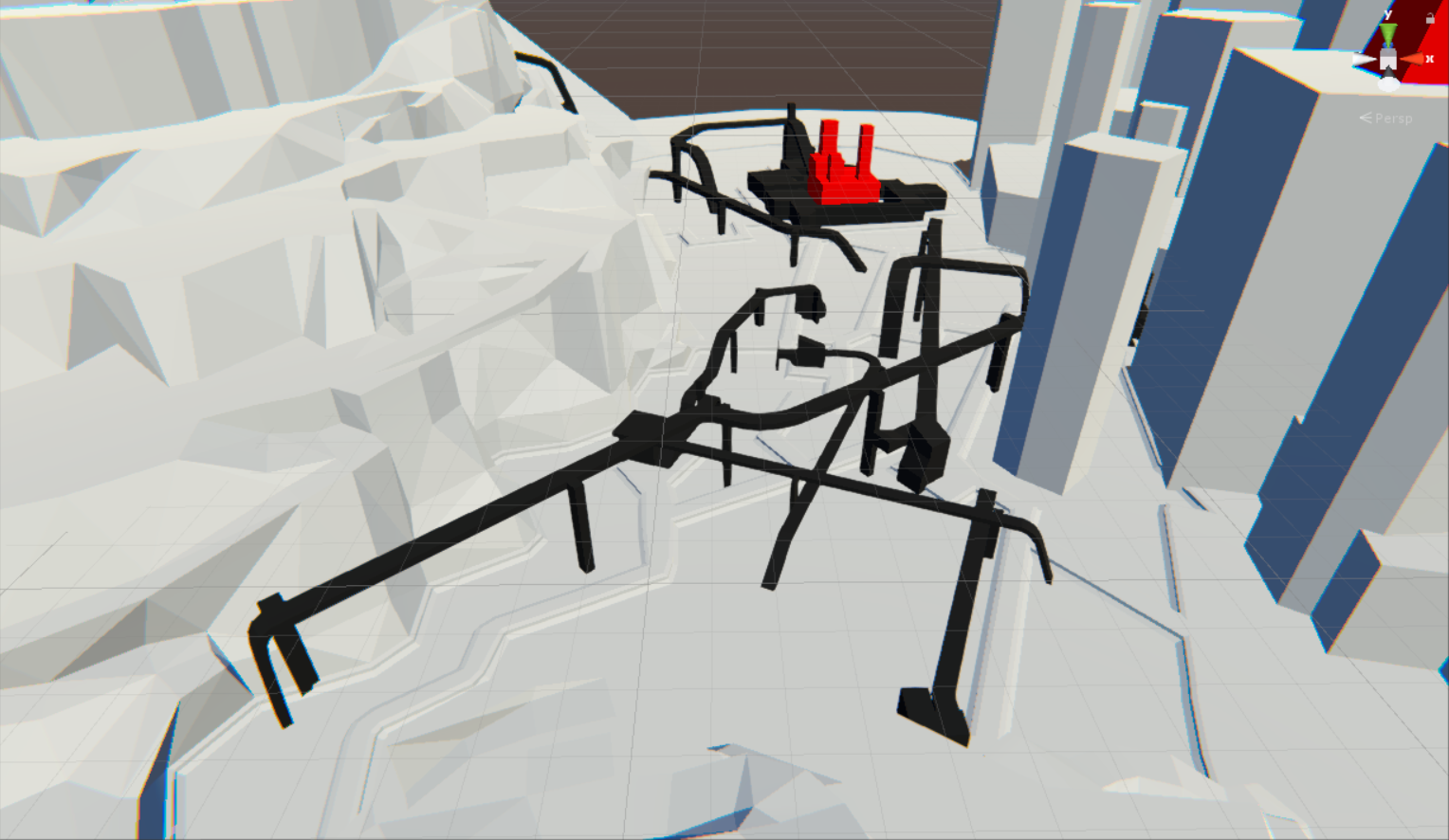 But nevertheless, progress! Next devlog will be on the scripting architecture for the game, as that's another huge key to cracking the next stage of development.